Over on Quora there’s been a rash of folk asking other folks to answer questions, some kind of beta testing going on I believe. As these things go the estimable Phil Wolff of Skype Journal asked me to answer the question: How many business deskphones are there in use today? In short order I trotted out a reply which has won me a grand total of two votes to date.

Presented herewith is that answer filled out a bit with some extra thoughts – the deluxe version if you will – leave an up or down vote in the comments if you like. 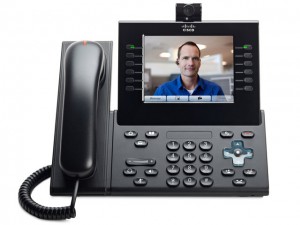 Tempting though it is to treat this as an interview question, such as how many bottles of shampoo are there in the world, or how many basketballs could fill this room, I think it would be more useful to answer generally. There are too many business desk phones being used today and way too much money being spent on new ones. This is an example of a business area crying out for some disruption.

Traditionally corporates and SMEs use a Private Branch Exchange (PBX) to manage calls in the enterprise. To all intents and purposes the PBX is an arcane outdated black box tucked away in a switch room. It requires the loving care of a dedicated maintainer, often an outside vendor contracted for purpose at an exorbitant rate. Commonly that maintainer is a telco and equipment reseller of seriously conflicted interest. Managing even a few hundred desk extensions this way is a costly business. Thank the gods of IT, pretty much everything a maintainer and a PBX can do can now be done via software. For a good example of a fledgling alternative take a look at onsip OK, admittedly they sell deskphones as part of their solution but to get the full benefit of the service there is no need for hardware beyond a headset and mike.

It may seem trivial now but time was when wearing a headset was a mark of Cain in the enterprise, it badged you as a low level worker, a call taker in a cubefarm. These ingrained societal attitudes are tough to shift but thankfully a generational change is taking place that is placing ergonomics before ego, I am sure most Quorans wouldn’t think twice about using a headset. That headset doesn’t need to be plugged into a Plantronics box and RJ45’d to the PBX, it can go direct to the Internet and save the corporation a ton of money on call completion costs.

Within the horribly named UC space a number of startups are battling incumbents to provide a common communications dashboard for business. If RIM had not been so beholden to maintaining great relationships and traffic generation for mobile carriers they would have been ideally suited to migrate their excellent device fleet management to the desktop, but this never happened and it’s too late for them to try now.

Instead, Cisco and Microsoft (through Skype) look set to provide the required compliant (and no doubt expensive) means of unifying call carriage and communication between desktop, mobile and tablet. This will be an incredibly complex piece to deliver well but deliver it they will, it’s a lucrative business.

Were I starting up in the VoIP space at the moment I would certainly be looking at providing a competing service to SMEs, because far too many people are still using last century’s deskphones.