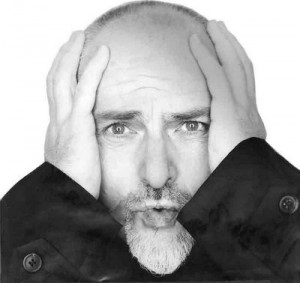 This month’s Word Magazine features a short interview with Peter Gabriel, ostensibly to plug his soon to be released New Blood album.

Tucked away at the end of the piece the man offers up a few Social Media Marketing tips for struggling young artists:

“What would I say to a new musician? Perseverance is everything. Keep at it. And make sure you farm your database, and build it wherever possible. If you have that direct link to people who are interested in what you do, you can stay alive and build your career.”

Gabriel has been tending his database for years through his Full Moon fan club and the Real World record label. He’s persevered too, almost bankrupting himself supporting WOMAD in the early eighties and funding no end of technology ventures, some failing badly and others paying off Big Time.

So how is he working those direct links to his fanbase? Somewhat suprisingly: not very well.

Facebook, Twitter and YouTube channels are updated on a regular, if not daily, basis but sign-up for any one of Gabriel’s mailing lists and prepare for an untroubled Inbox. The most effective means of marketing to his, let’s be frank, aging demographic is the one least used. In capturing younger ear and eyes one cannot help but think the Signal To Noise ratio of those Social Networks is drowning out new posts, tweets and video.

Might seem very boring to the multimedia minded but the best level of campaign engagement for Gabriel’s audience is likely to be dull old email rather than channel broadcast.