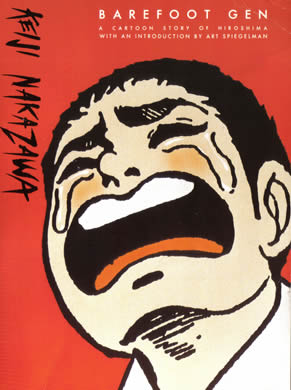 Suprised at first to see The Diplomat covering Manga. Reading the lede made everything clear:

“The manga (or comic) business in Japan is BIG business. It’s worth billions yearly (an estimated $3.6 billion in 2007) and its wide appeal has also gone global, attracting considerable fan followings.”

No, The Diplomat hasn’t revealed a hitherto hidden inner-otaku. This is about money, not art: specifically, whether comics can benefit from new electronic form factors (Tablets and touchscreen smartphones) and finally crossover to the mainstream.

Japanese content provider NTT Solmare has had some success exporting manga closing distribution deals in Malaysia, Vietnam and Singapore. Yet despite The Diplomat’s protestations to the contrary, the West remains an elusive target for this company at least, a key partnership with Amazon has yet to build traction in the Kindle store. NTT continues to promote its Mobima branded Global Manga Agency Service and will be trudging round this year’s exhibition circuit starting at Mobile World Congress in February.

Well-established Western comic publishers have been slow to take advantage of the iPad opportunity. Though electronic comic readers are abundant (I highly recommend the excellent Comiczeal iOS apps) availability of the cbr files that fill them is sadly wanting. Of the major imprints only Marvel has embraced digital, Dark Horse promises something ‘soon’ and, er, that’s it.

Presumably the paucity of content is related to the rights owners’ fear of piracy. This is bizarrely counterintuitive as fans in search of their fix are driven to specialist Bit Torrent trackers where a thriving community of ‘scanners’ digitise and share vast libraries of comics and graphic novels. And that is a shame considering how hugely popular a well-marketed ‘iComics’ store might be. Further delay in attempting to capture the Tablet and touchscreen market borders on the negligent.

Comics are hugely influential in Hollywood, providing inspiration (and ready-made storyboards) for any number of hit TV show and Movie franchises, the activity of reading the source might be a way off the mainstream for some time yet.