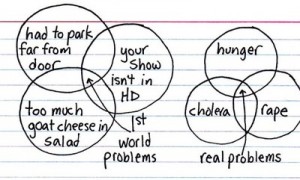 In first world telecoms Voice is being commoditised to feature status. If further proof were needed this week the folks behind Bluebox released their latest offering, the 2600hz Project, a cloud-based telephony service that promises easy access to: “Anything you can do with VoIP, for now – with SMS and video coming shortly.”

Describing the practical applications of the 2600hz platform, GigaOm explained:

The software is designed to handle up to a billion calls per month on about six virtualized (or not) servers and can connect seamlessly to run on or with Rackspace clouds, Amazon’s clouds or on a private cluster of machines. Instead of paying a penny or so per minute to a VoIP company, businesses that want to add voice calling over the web to their social network, their app or their role-playing game just deploy this software and take care of it themselves.

Though a number of companies offer similar ‘cloud telephony’ 2600hz is unique in providing voice support entirely free of charge, their revenue model will be to add chargeable services as they grow. I think this is an excellent piece and I’m sure that 2600hz will do well; yet another way in which the nature of voice communication at distance is rapidly evolving in proportion to the availability and affordability of increasingly powerful technology.

For a comprehensive account of the changing nature of the humble phone call I urge you to go and read the great essay Dean Bubley has written on The Future of Voice for Vision Mobile, it really cannot be bettered. Here’s a taste:

We already have in-game voice chat between players, remote baby monitors, always-on voice telepresence, audio surveillance and all sorts of other voice applications which really are not calls, as such. Numerous other voice communication modes are evolving, especially those linked to social and messaging applications.

In a nutshell, we no longer need to shoehorn all of our “distant voice” communications needs into the unnatural format of a “phone call”. We are able to visualise, contextualise, obfuscate, interrupt, lie, drop in and out, waffle, multi-task, spy, listen, store, mumble, overhear, translate, declaim, announce and recall speech over a network in many, many different ways.

All rather spot on by my own reckoning, little to add to that except to reinforce the point that this is a first world phenomenon. For as long as they can get away with it governments and operators in developing countries will be ring-fencing that minute-metered phone call as it represents a significant source of revenue, especially foreign exchange.

This is not just the North South divide coming into play on roaming arbitrage but all international terminations, it’s quite possible that within a year or two we’ll be able to measure some kind of Human Development Index for voice and messaging.

Wonder whether any start-up can deal with that problem?

Erratum: In this post I gave the impression that the founders of 2600.hz were one and the same as the folks behind Bluebox and FreePBX. This is not the case. Apologies to all concerned for the error.